Oh so fun - I found these charms squares called Ombre Dots by QT Basics.  I don't normally buy such small amounts of fabric, but let's face it - I LOVE DOTS!  I wanted to be able to remember them so I can order half-yards or yards later...and I'm pretty certain I can come up with an idea or two for the squares, too. 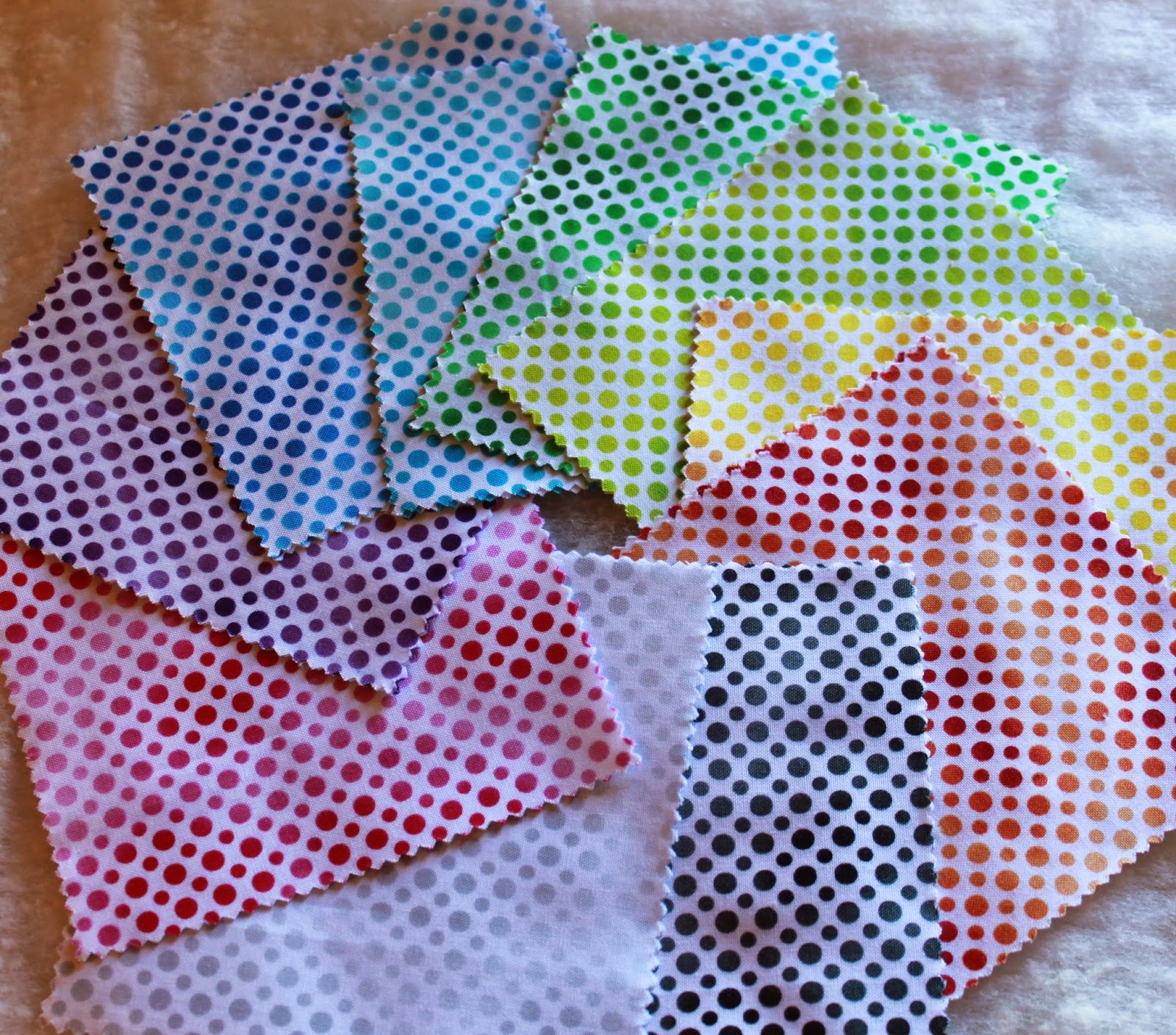 This weekend was extremely cold, which meant inside time, which means, of course, sewing!  I completed this - I'm calling it Drops of Jupiter.  Just have to figure out how to quilt it now... 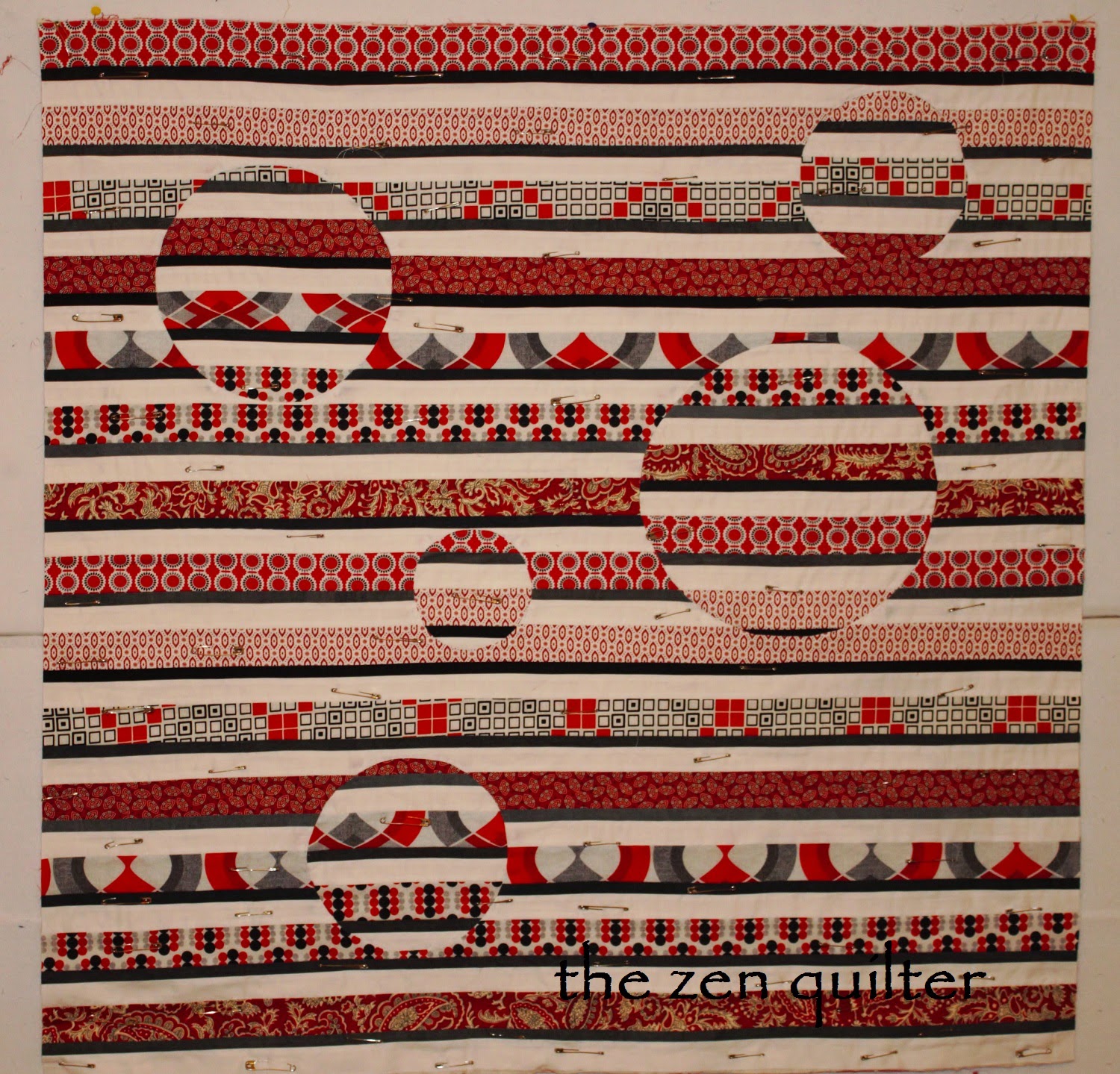 It's been pretty fun to make; I'm in love with the fabrics, some of which are from Robert Kaufman, some are leftover from my excellent mother's stash, and I'll have to look up the other one or two because I can't remember where they came from, but I like the mix a great deal.

More later, I have to dash, just wanted to share my Sunday Stash...and look at everyone else's at Molli Sparkles and Red PepperQuilts.