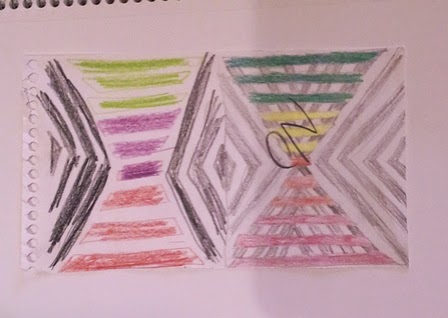 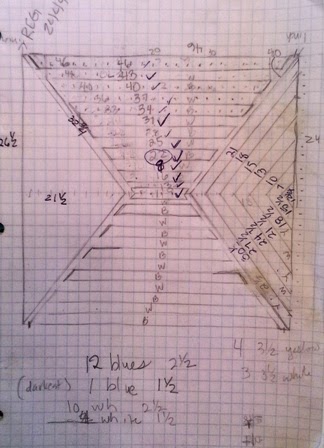 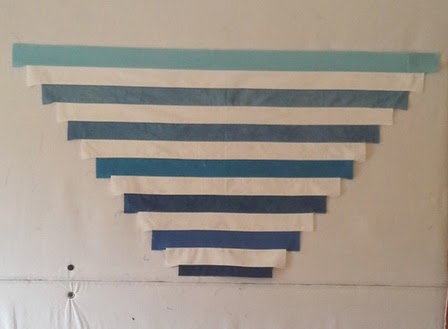 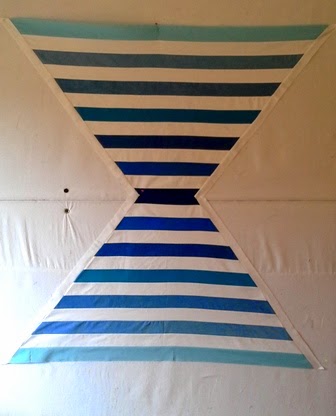 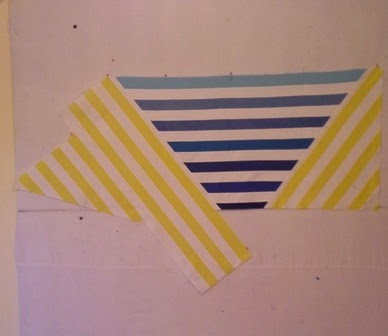 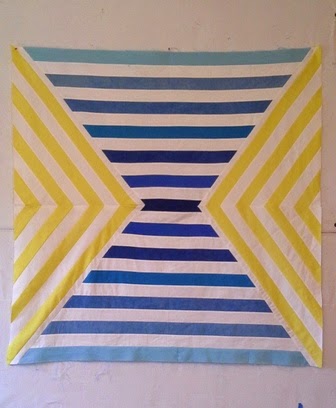 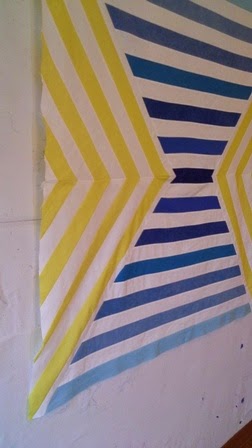 I'll keep you posted on my progress as I go along - it's good to have someone keep me honest.

I haven't sewn in a couple of weeks, but I did do a little painting - too busy to do much.  Here is all I had time to do: 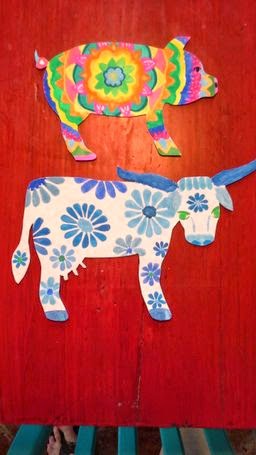 I'm really itching to get back at it...Got several projects I'm so excited to begin.  Alas, I have my nephew's wedding this weekend, so I probably don't have time to begin anything just now...of course that doesn't mean I won't - sometimes I can't stop myself!

Posted by the zen quilter at 8:03 PM No comments:

Don't Stop and Smell the Roses

I've been spending time with Deepak Chopra and Oprah Winfrey lately -  not personally, of course - in the form of meditation.  I've always wanted to practice meditation but never took/made the time to do it.  I've been practicing it for nineteen days straight, and I have to say, I feel transformed by it.  No matter where life takes me from now on, meditation is going with me.  So imagine my confusion when this morning my other teacher, Eckhart Tolle talked about meditation and actually made fun of it! I was crushed, but I continued to listen nonetheless, and I think I understand now what he was saying. It's like the Godfather syndrome -  going to church every Sunday and then spending the rest of the week cheating, lying, stealing and hurting other people. Luckily, unlike Vito Corleone, I do feel it carrying over - somehow spending that 30 minutes every day reminds me to be more present all day. So for me, it's worth it.

What does medtation have to do with creativity?  Well, a lot, actually.  But before I explain, let me share another, related practice I've been doing, too.  Recently I realized I've missed a lot of things in my life, visually. Why? Well, my theory is twofold - one, I just haven't been present in the moment - I haven't taken time to really look at my surroundings and really soak up where I am because I've spent too much time interpreting it - labeling, thinking about it, and thinking about other things while I looked at it.  Now I'm more present every day, and I see, hear and feel things I never did before - I take a lot more in, wherever I am, because I'm just being, rather than thinking and interpreting all the time.

The second part of my theory is a brain thing.  I've had very poor vision since I was a young girl.  I'm convinced that as my brain developed, it just didn't get trained to connect to my eyes as much because they weren't that effective, and so I didn't form some connections that people with better sight did, which means I just don't actually notice what I see as much.  What I mean is that I see the big picture, but my brain doesn't necessarily register the details. Here's an example: On a hike and my husband and son saw a snake in a creek.  They tried and tried to point it out to me, but no matter how they described where to look,  I could not see it!  To them it was so obvious, they couldn't figure out how I could miss it but my eyes or brain simply didn't register it.  This scenario happens quite often.

Since I've formed this theory, I have been going on what I call noticing walks - just trying to notice details. I keep them very short, because it's not about distance, it's about noticing things - really taking in the shapes of the trees or the birds, or the different types of grasses growing around them.  It's more than seeing things, actually - it's experiencing them. There's a deep sense of fulfillment, wonder and gratitude that arises from these walks- I quite like it!

Also, I'm testing out another idea I have - you see, I believe that even at my age (49), I can still form new connections in my brain.  So on my walks,  I'm trying to retrain it to see, to notice more. Not only do I think this is just plain good for my brain's elasticity as I age,  I'm also quite certain it will make me a better artist, a better writer, and most importantly, it will make me more present, more noticing,  in every situation.

So that's the link -  experiencing things in this way makes me feel strongly connected to my creative self and the creativity of the universe, to nature, to God, even to my family. I feel energized and exhilarated by it. And the cool thing is that I don't have to be surrounded by nature to do it - I can do it everywhere - in the midst of a city, on a night walk, heck, just sitting in my living room I can notice things I haven't before.  I still may not be seeing everything other people see, but I know that through meditation and "noticing walks" I'm experiencing more than I did before.  And I have no doubt that this will lead to more creativity and ideas.  Another benefit stronger clarity and focus, even when I'm doing things that I might have considered tedious before.  And even more beneficial, I feel like I'm actually gaining patience, which (as I pointed out in a recent blog), is still a developing skill for me.

So forget about stopping and just just smelling the roses - I'm going to experience them! 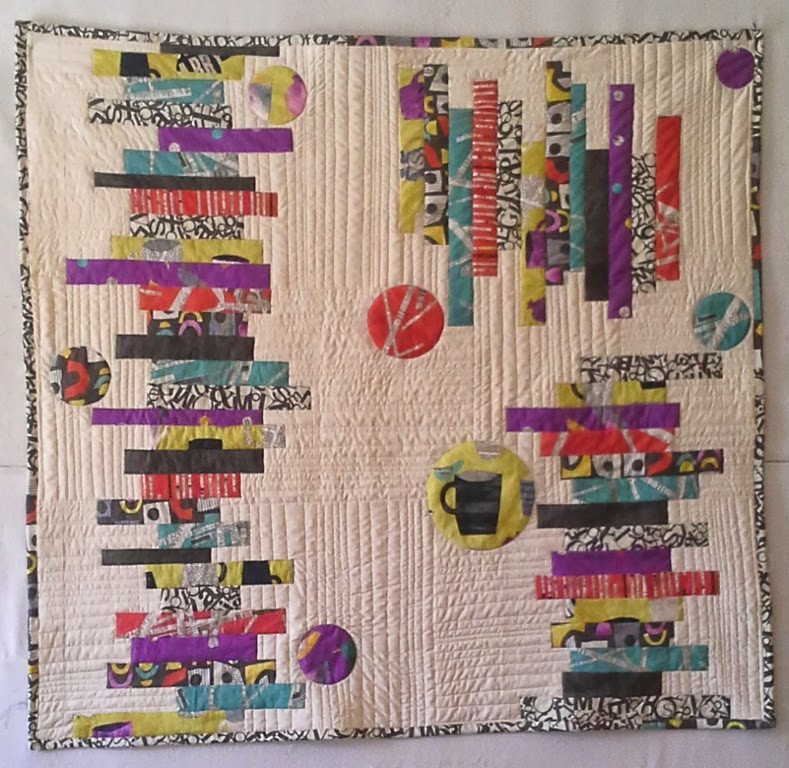 This is a quilt I call "Objects on the Bookshelf." that I made from leftover pieces of fabric from "Read Between the Lines."  It's a fun little piece, and I love that I made it from scraps!  I'm going to miss these prints - I had a lot of fun with them!   I'll be going on the quilting wagon for a couple of weeks - I may soon be experiencing serious withdrawal.  But -  I plan to replenish my creative well by visiting art galleries and being in nature as much as I can.  I'm going to take pictures, make sketches, and work on some other things I've neglected.  Who knows what inspiration may strike!

Posted by the zen quilter at 5:15 PM No comments: