Happy Trails to Me...

Life sometimes reminds me of a cattle path.  We (the cows) follow the same patterns so much that they become smooth and make grooves in the ground where eventually, the grass stops growing.  It’s our nature to take these established, easier to travel patterns until they turn into deep trenches. The paths are familiar, if not comfortable, and we don’t have to think too much about staying on them as we trek along towards our destination, which is the goal, the outcome, the cool drink of water.  But the paths are winding and dusty and filled with challenges and frustrations, and sometimes I'm just so sick of them I just want to be there, dammit!. Like, ten minutes ago.

Yesterday for example, I found myself extremely cranky at about four o’clock after several hours of working on a particular project.  I had just made a rather big mistake that I was going to have to once again spend a lot of time fixing; I was mad and I began to whine to myself “It’s too hard and it’s taking too long.  I just want to be done with it.  And it’s so complicated!  Why do I always have to make it so complicated?” and in the spirit of honesty, I added, possibly aloud “This sucks!”

Since I wasn’t enjoying myself, I decided to go for a walk, (To be precise it was more like “Screw this, I need to exercise, anyway!) I stomped around, kvetching obnoxiously, looking for lost earphones and sunglasses, and then suddenly while I was putting my shoes on I had to laugh at myself.  “What does that mean – it’s taking too long?” I thought.  “I’m the one who designed it, so why am I angry that it’s challenging?  And who am I mad at anyway?”  I realized at that moment that the project is as it is.  My irritation and frustration came from not being present in the moment.  Instead of looking around and enjoying the view from the path, I was racing to the water, as it were.  And it wasn’t that pleasant or fulfilling for me (or anyone who was within earshot of me.)
How many times have I done that, I wonder? Lost sight of the moment, dropped into the old pattern and gotten stuck in the trenches.  Not just in my art, but my life.  I’ve been so busy trying to get, accomplish, have, become - I’ve fallen, literally fallen into despair because I can’t seem to get “there.”  I seem to make the same mistakes over and over. But I keep taking the same paths!  I can’t get away from them because I’m so focused on what or where I want to be, and  I miss too much along the way. Maybe I even miss some new trails or chances to take new paths that go a different way simply because I’m not paying attention!

Suddenly I’m realizing that it’s not the entirely the pattern that’s the problem.  The path’s just where I landed – I don’t have to stay on it if it’s destructive or circular, but I will always be on some path as long as I’m alive.  Happiness doesn’t come from reaching a destination or goal. The nature of life is to get right back on the same path, or another path, or start a new project, or find a new mistake to make.  That’s not to say it’s wrong to set new goals, to strive to improve oneself or forge a new pattern - that's part of the human experience as well.

But now I see  that I will never, ever, “get there.”  Because there is no “there.”  There’s only here. And true joy comes from paying attention to what is, from being  present as you travel your many paths. For me, it’s (yet another) reminder to be present, to enjoy (of if I can’t enjoy it, at least accept) what is, right here and now, because I’m already “there” and always have been.   I just hadn’t noticed. 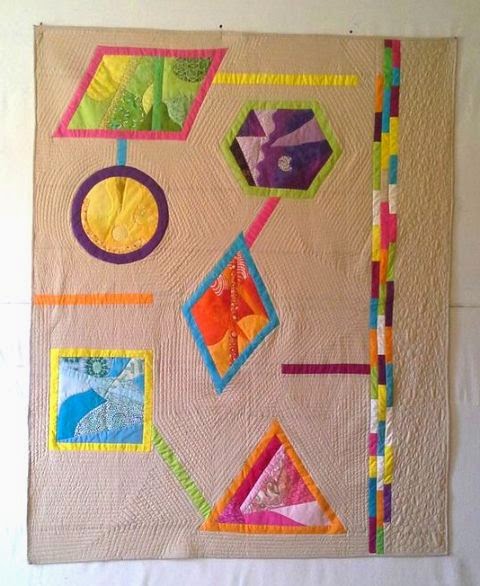