I'm Dreaming of a Haaaand-made Christmas...

Just like the ones I've never known,
Where their eyes will glisten,
With teeeeaaars,
For all the love you've shown....

Well, it's not gonna happen again this year, either.  See, it's all my fault - I just can't seem to get it all started in August, which is when it needs to start for it it actually happen.  Somehow I seem to have difficulty getting in the Christmas spirit when it's 105 degrees and humid as Venus.  Then suddenly it's October and November and oops - where did the time go?  Again.

And I did have ideas - oh did I have ideas!  But unfortunately I got sidetracked by all my non-Christmas ideas, and now I fear it's simply too late to make meaningful gifts for those I love because I'm having so very little sewing time lately, and it's only going to get worse in the coming days.

I actually managed to make three pillows based on Lorna's (Sew Fresh Quilts) adorable deer pattern, but haven't gotten any of them into the mail yet.  They're all three done wrong (apparently I'm not a direction-following genius) but I still like 'em.  My loved ones don't have to know they're wrong - I mean - I'm not gonna tell 'em.  What? - I just did?  Well then, if they dare complain they just might get a midnight visit from the Grinch, who will take those precious, thoughtful, hand-crafted gifts right back and give them to someone (blind) who won't notice their flaws - huh! 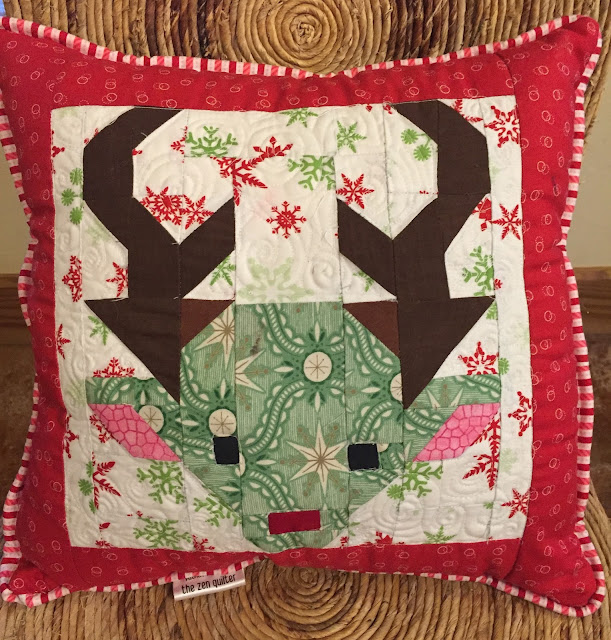 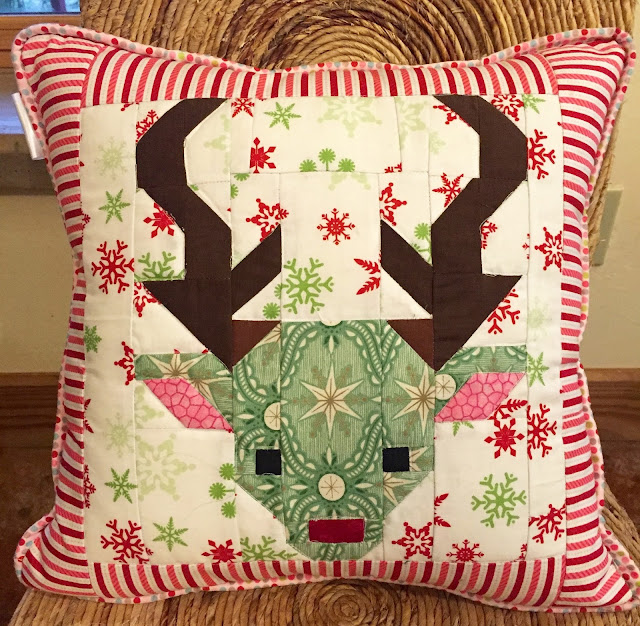 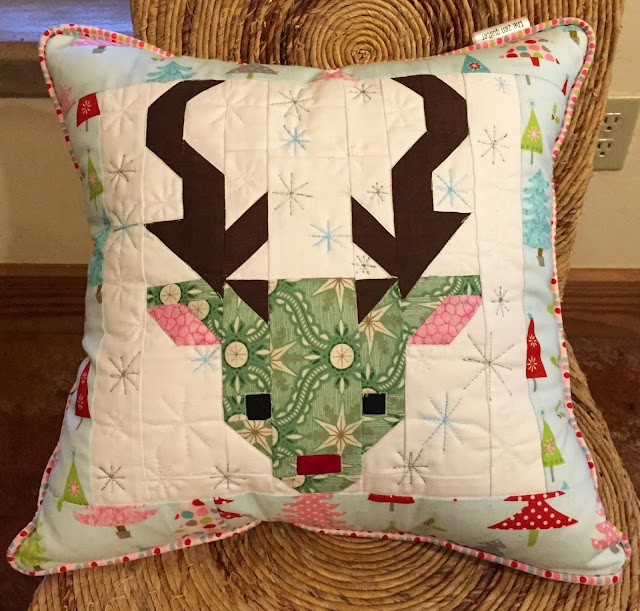 Guess I'll have to fall back on dear old Amazon. com for some commercialized, only somewhat thoughtful gifts that say, "I love you, just not enough to make something for you."  Wish that they were already delivering by drone - that would be a present in itself, wouldn't it?  Although since I live pretty far out, I doubt I'll ever get to see the little suckers out here, dropping a package at my country door.  (Boy would that freak out my dog!  He's led a very sheltered life, limited to barking at large, scary hay bales, chasing deer, frightening raccoons and armadillos, sniffing out the occasional skunk, and of course there was that one (quite upsetting) time he tangled with that mean old porcupine...)

But I digress.  Christmas.  It's fun to give, ain't it?  But even funner  (yes, I'm aware of my bad grammar - it's for effect, okay!) to give something you put a lot of thought into and made especially for that person.  Guess I'm going to have to settle for mediocre level fun this year...oh well.  Bring it on.

But next year, Handmade Christmas is gonna be a reality.  Really.
Posted by the zen quilter at 6:17 PM