Many Works in Progress Wednesday

Lately I seem to be starting more and more projects and finishing well- none.  But I'm kind of enjoying having different projects in different stages, and I can just work on whatever I feel like working on in the moment.

That said, here are a few of my projects:

First, I'm quilting this one.  I'm using metallic gold thread on some of it, which is a challenge, but I'm thinking it's going to add a little something and be worth it.  But I'm going slowly on account of metallic thread is quite finicky and thus a little crazy-making... 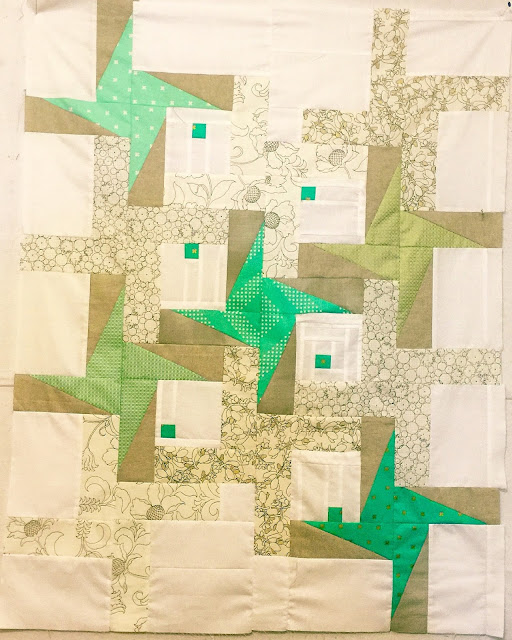 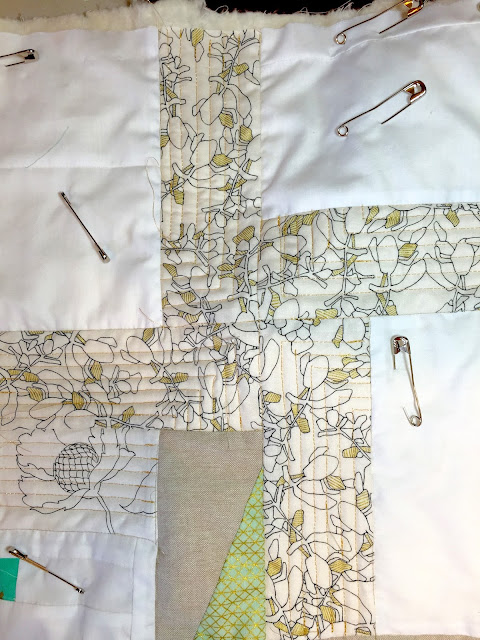 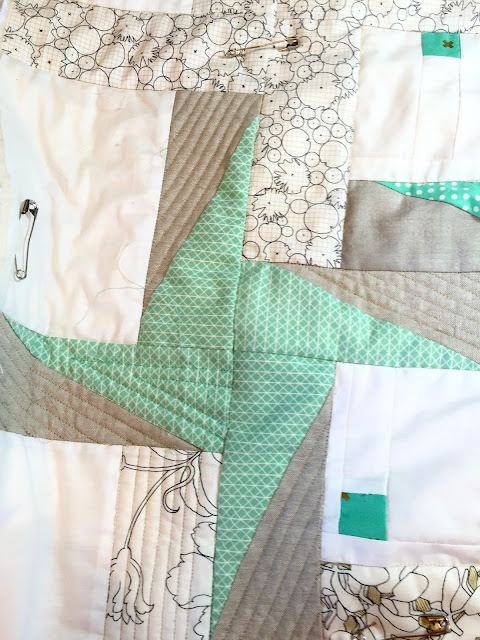 My next WIP is this one.  Now I'm not usually one for making cutesy seasonal stuff (not that I'm against it, I just don't do it too often.  But I saw these fat quarters and they called my name.  I wanted to do something a little less traditional with them, and I gotta say I'm quite pleased with the way it turned out.  Had a bit of a hard time doing the "framing." It's much more difficult than it looks, especially when one is spatially challenged like myself. 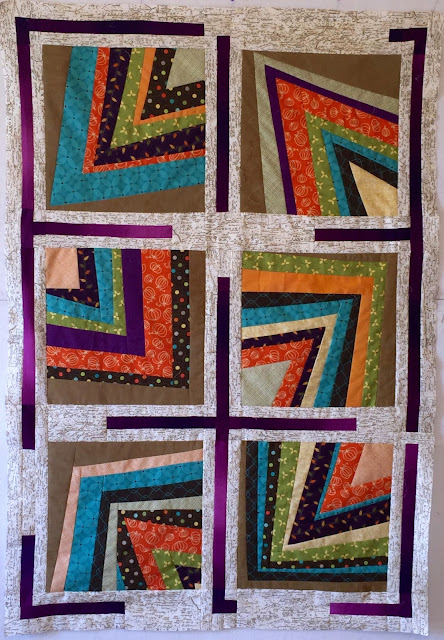 And last, the ubiquitous t-shirt quilt.  Except that this quilt is not a t-shirt quilt, it's a hockey jersey quilt for a young man that has been my son's friend since birth.  He's been playing hockey since he was in first grade and is completely obsessed with it still, at age eighteen.  His mom saved all his hockey jerseys and now I must say I'm having a great deal of fun creating a special quilt for him. The first photo is the layout and the second one is the only part I have complete so far. 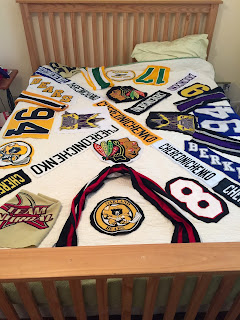 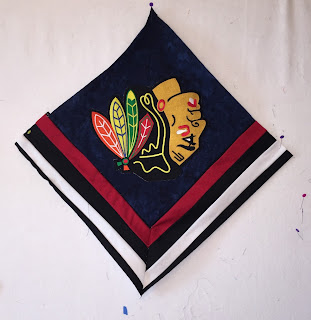 Naturally I can't do it the easy way - I have to make it complicated by doing this criss cross design. Plus I'm adding little decorative things here and there.  But it will be worth it in the end.   I'll blog more on this later, though.  Of course I'm still plugging away on my son's flyboy quilt, too although I've had to put it away because he's coming home this weekend, which makes me very very happy. ( I cannot believe how much I miss him.)

So I'm busy.  Happy, happy busy.  Can't wait to see the busy-ness of everyone else.  Linking up with Freshly Pieced and Sew Fresh Quilts to check you all out!