The Irony of Giving...

Four years ago May, my excellent mother died, bequeathing me all her quilting paraphernalia, her copious amounts of fabric, and her sewing machines.  It quadrupled my fabric collection (at least), not to mention all the gadgets, doodads and whatnots she had.   To be honest, the amount of stuff she gave me was overwhelming, and I wrote about it at the time (see my post from 7/13/11 -  When is Too Much Not Enough).

The year after my mother's death was the most challenging time of my life for many reasons, and it helped enormously to throw myself into creating.  It was as though in leaving me all that stuff, Mother knew I would need it to get through that period, and I did.  And I feel I did it justice, too. In the summer following her death I made at least six quilts.  In the years since - too many to try to count, really.  And a lot of it was using her stuff.  Especially her fabric, which I believe I have mostly used up, although if I were to guess I would say at least a fourth of my current fabric collection was still hers

Recently I decided to take stock of my stockpile and pass some of my incredible good fortune along to my sister Erika.  Now you're probably thinking, why didn't Erika get some of this sewing stuff when our Mother died?  Why did Carrie get it all?  It's no scandal (sorry to disappoint ;).  I actually have two sisters and a brother, but at the time I was the only quilter in the family besides Mother, which is why it all came to me. However, recently Erika, a stay-at-home mother of four children and whose youngest went off to kindergarten this year, expressed an interest in learning to quilt.  She figures she has a little time, so I figured I could get her started with some of Mother's stuff.

Now let me say, Erika is truly gifted; she constantly amazes me with her ideas and creations, and I am fully admitting right now that I had to fight a little feeling of competitiveness when I was gathering things to give her.  I knew she would be good at it and to be completely honest, a little devil thought popped into my head that she might be better and more successful at it than I (I'm not proud of it, but what can I say, I'm human). Luckily I was able to recognize that niggling negative for what it was (just a thought) and I dismissed it summarily because I know that there's enough to go around and it is NOT a competition. Plus, I love my sister and so did my mom and she would definitely want me to share the wealth with my siblings if they wanted it. So last week we went through all the stuff and she took what she wanted, and I was happy to share with her.

And am I glad I did -  I mean WOW!  Today I went over to Erika's house to see what she was working on and I was blown away!  Her very first quilt is already showing her incredible talent. I can't say I was surprised, entirely, because I know how gifted she is, but still, I left her house in tears.  What a profound joy it was for me to see her success in creating - I can't believe how amazing it felt.  I won't say I felt proud, because pride implies that I had something to do with it.  I just felt such a deep peace and a sense of connectedness...and excitement - it's gonna be fantastic fun to share this creating with my sister.  It's one of the best feelings there is, really.  Talk about gifted - I'm the one who got the gift.

And as I got into my car to head home, I knew too that our Mother was somewhere out there nodding her head, smiling her beautiful smile, and feeling the same thing, too.

Here is a photo of my sister's first quilt: 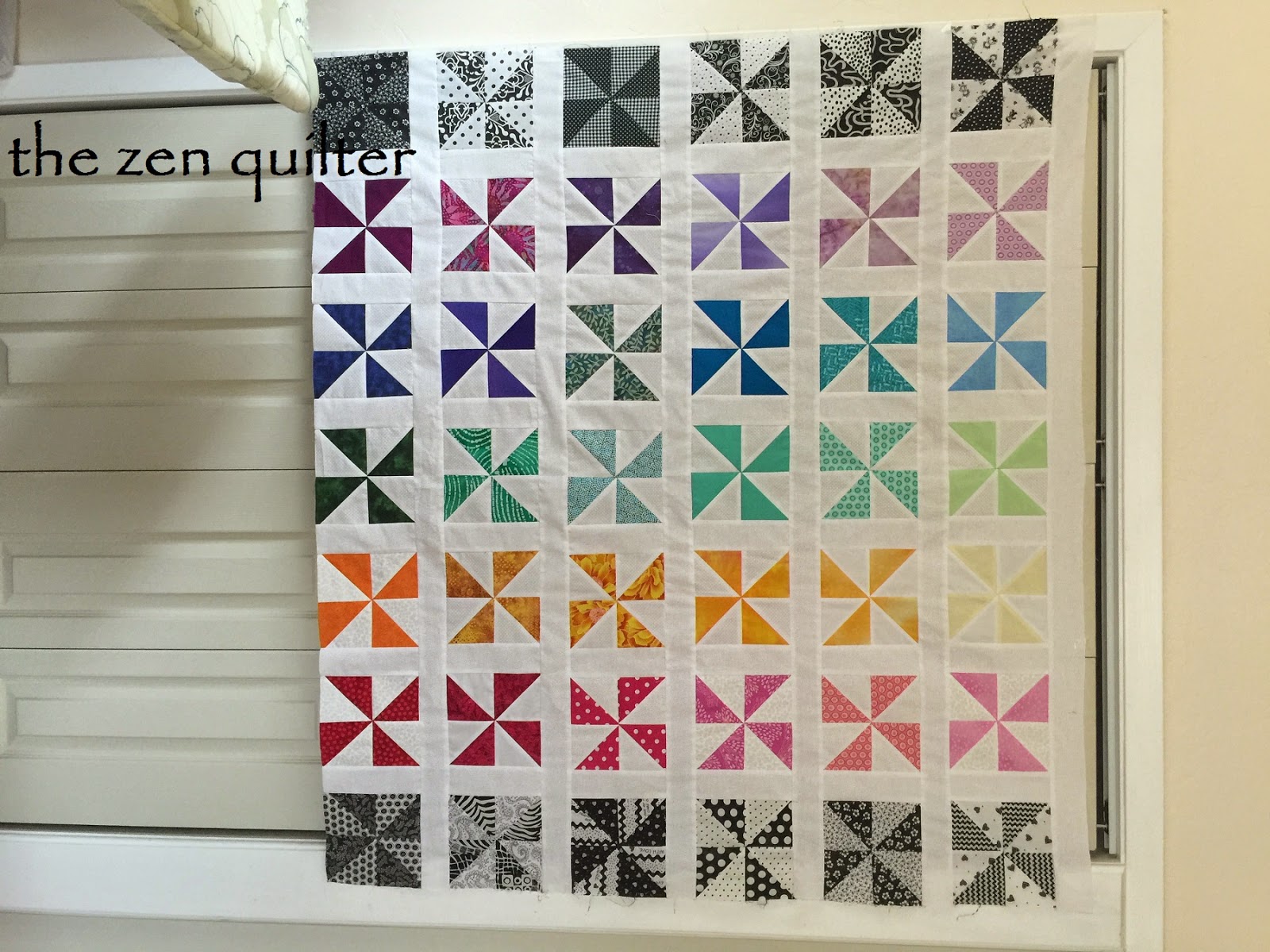