My brain is tired today...from having to figure out how to make ideas or sketches into reality. Sometimes I just wish my ideas would be a little more simple, you know?  (Sigh)

However, it's all good because I'm so pleased with the baby quilt I've made for my exchange student's new baby brother.  It's almost finished.  It could be completely finished  right now except I admit, I'm mostly playing with my new machine. Audrey is literally a dream to quilt with.  I love her so.

It has the most amazing minky on the back.  You can tell I'm out of the baby business - I had no idea there were so many cool, modern, multi-colored designs for minky nowadays!  I think I might make myself a throw with some of that mod minky for next winter - it's that hip, really!  I was scared to quilt with it but it has been just fine - even fun.  I love the puffy effect it has on the front.

As for the quilting design, I'm kind of flying without a paddle (How's that for mixed metaphors?).  I figure it's a baby quilt - it's going to pee and pooped upon and it doesn't have to be perfect, so I'm just adding things in here and there, and I even dared to use colored thread, too.  Although I don't know what I was so afraid of - you can't really see the colors! 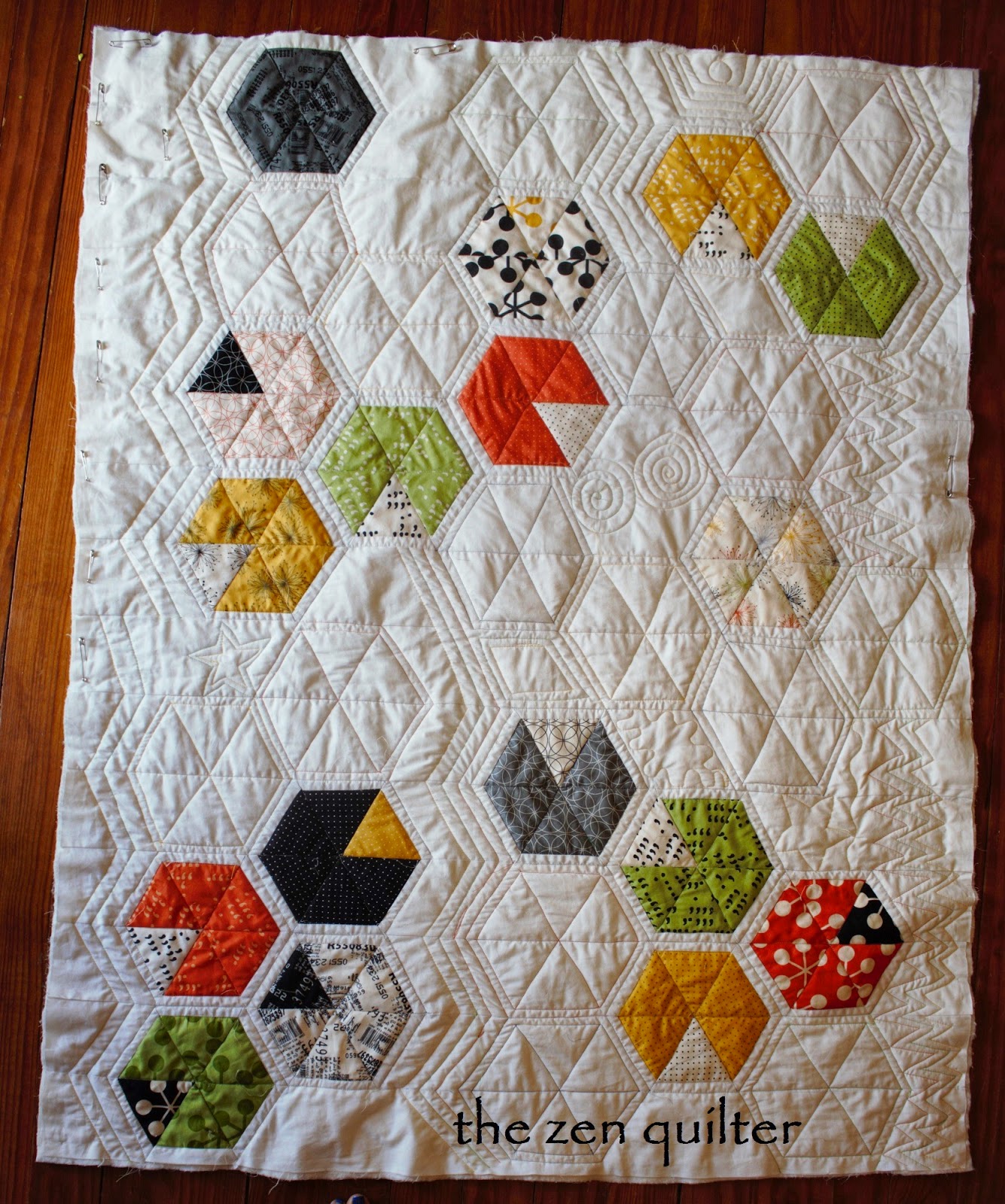 I'm officially obsessed with hexies - cannot get enough of them!   I already have a new idea for some really cool ones...but I have other fish to fry before I get on with that baby.

This week I cut up some fabrics for my next project - in oranges, blues, greens and yellows using lots of Riley Blake and some graduated fabrics.  I have a sketch but no real idea where I'm going with it - it's an improv-ed improv.  But like I said, sometimes I don't feel like figuring things out...so I'm really just piddling with it.

I also received fabric for the Riley Blake MQG challenge - forgot I had entered it, to be honest.  I have two potential ideas for that one, too - but naturally, both involve figuring...not today!  And I've got time - it's not due till July.

Last, as promised, here is a look at the finished product from Monday's blog, called Magnetism.  I still have a couple of things I want to tweak, but for the most part, it's done. I'm so pleased with it now that the quilting is exactly right.  I even feel like it may be some of my best work to date. 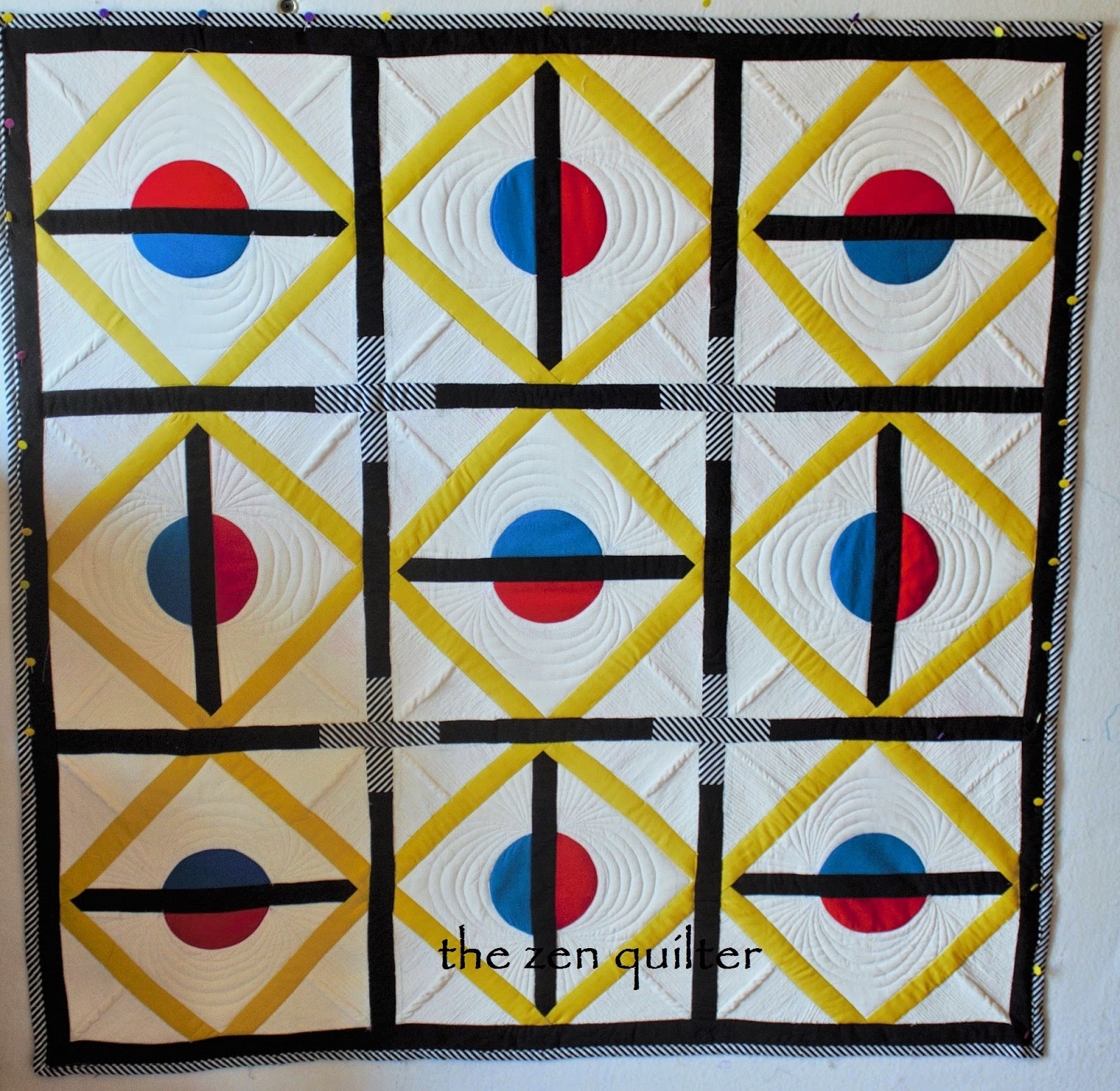 Which leaves a lot of room for improvement, some might say.  Hmmm.  I'm okay with that!

Thanks for stopping by - I really enjoy our little weekly visits to each other's blogs.  It's so fun!  See ya next week...